This San Francisco Visitors Blog article, ‘San Francisco Things to Do: Visit Alcatraz’ gives you insight on what to expect and how to have a great time visiting this top San Francisco attraction.

You can see it from almost anywhere along the waterfront, from Fisherman’s Wharf and from the ferry’s traveling across the bay. It’s Alcatraz, or ‘The Rock’ as it was called and made famous by the movie of the same name.  No matter what you call it, Alcatraz has long been a top San Francisco attraction.

Here are some interesting facts about Visiting Alcatraz Island:

How to Tour Alcatraz: You have several options to take a closer look at Alcatraz and even walk the grounds and ‘spend a little time’ in a cell inside the prison.

Alcatraz Cruises - www.alcatrazcruises.com
This is the official tour company for Alcatraz Island Tours.  This agency offers several tours, Early Bird Tour, Day Tour and Night Tour.  Each of these tours last approximately 3 hours which includes the time to cruise to the island, take the guided tour of the prison, view the cells, visit the rest of the island and historical exhibits.  The tours begin as you leave the Pier 33 Landing where you will enjoy a Ferry ride around Alcatraz Island.

The guide will point out all the interesting spots around the island from the water’s perspective including areas of attempted escapes and other structures on the island not accessible by foot.

Upon arrival at the dock on the island, a ranger leads the group up the hill to the prison.  The tour continues  inside the prison, the cells and other areas of the grounds.

They also offer a ‘Behind the Scenes’ Tour and an ‘Alcatraz and Angel Island’ Tour – see their Website for details.

This article, ‘San Francisco Things to Do: Visit Alcatraz’ gives you just a few of the highlights about how to visit and enjoy this amazing San Francisco.  You’ll enjoy learning the incredible history of this one of a kind national landmark.  You’ll walk where some of the most notorious prisoners in the country stood, slept and lived years of their lives.  It truly is an amazing tour you will not forget.

And the upside is you get to leave on a relaxing Ferry ride back to San Francisco!

Check back on our San Francisco Visitors Blog for more entertaining and informative articles about making the most of your next visit to San Francisco.

Visit our San Francisco Visitor’s Guide for more recommendations for all there is to do, see and experience when visiting San Francisco.

See our latest Special Offers for the ‘Guaranteed Best Rates’ for our Union Square Hotel. 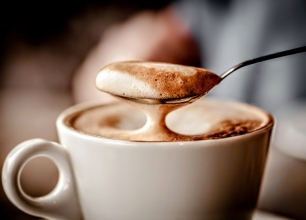 Wake up and Smell the Coffee:...
View Details >
Book Now >