What does the death of horses and a devastating earthquake have to do with San Francisco cable cars? Read this blog to find out!

San Francisco’s cable cars are an image closely associated with the city, but many don’t know the history. For example, did you know that the start of the cable cars was due, in part, to the untimely death of some horses, or that the 1906 earthquake helped to seal the downfall of the system? Here’s a brief summary of the rise and fall of San Francisco cable cars.

In 1869, some horses were pulling a streetcar when they slid backwards, resulting in their deaths. This sad scene was witnessed by a man named Andrew Smith Hallidae who came up with the idea for a cable system for the city that would be safer than the horse-pulled cars. Just a few years later, on August 2, 1873, the first cable cars, called the Clay Street Hill line, went into operation.

Fun Fact: Do you know why cable car operators are called “grips.” It’s because the operation of the original cable car included a grip that engaged with the cable to tow the cars along.

The next line, Sutter Street Railway, took another four years to open, and by1890, there were 23 lines, all heavily used by commuters as a convenient way to move about the city. The popularity of cable cars would begin to wane when electric streetcars were introduced.

In the early morning hours of April 18, 1906, a devastating earthquake shook the city. The shaking could be felt from Southern Oregon all the way to Los Angeles, and San Francisco was hardest hit. The death toll was estimated at 700, but many modern experts say it was likely much higher. As a result of the earthquake, fires ravaged the city. One of the fires destroyed the power houses for the city’s cable cars along with 117 of the cars. The damaged lines were replaced by electric streetcars.

By 1912, only 8 cable lines remained, and today there are just 3 still in operation. Once used by commuters, today the vast majority of the 7 million annual riders are tourists. While no longer widely used by locals, the cable cars are an iconic part of the city, and they are even on the National Register of Historic Places.

During your stay at Hotel Union Square, a San Francisco Hotel, hop on and enjoy a bit of the city’s past with a ride on the iconic cable cars. 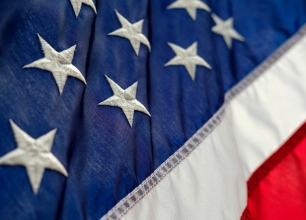